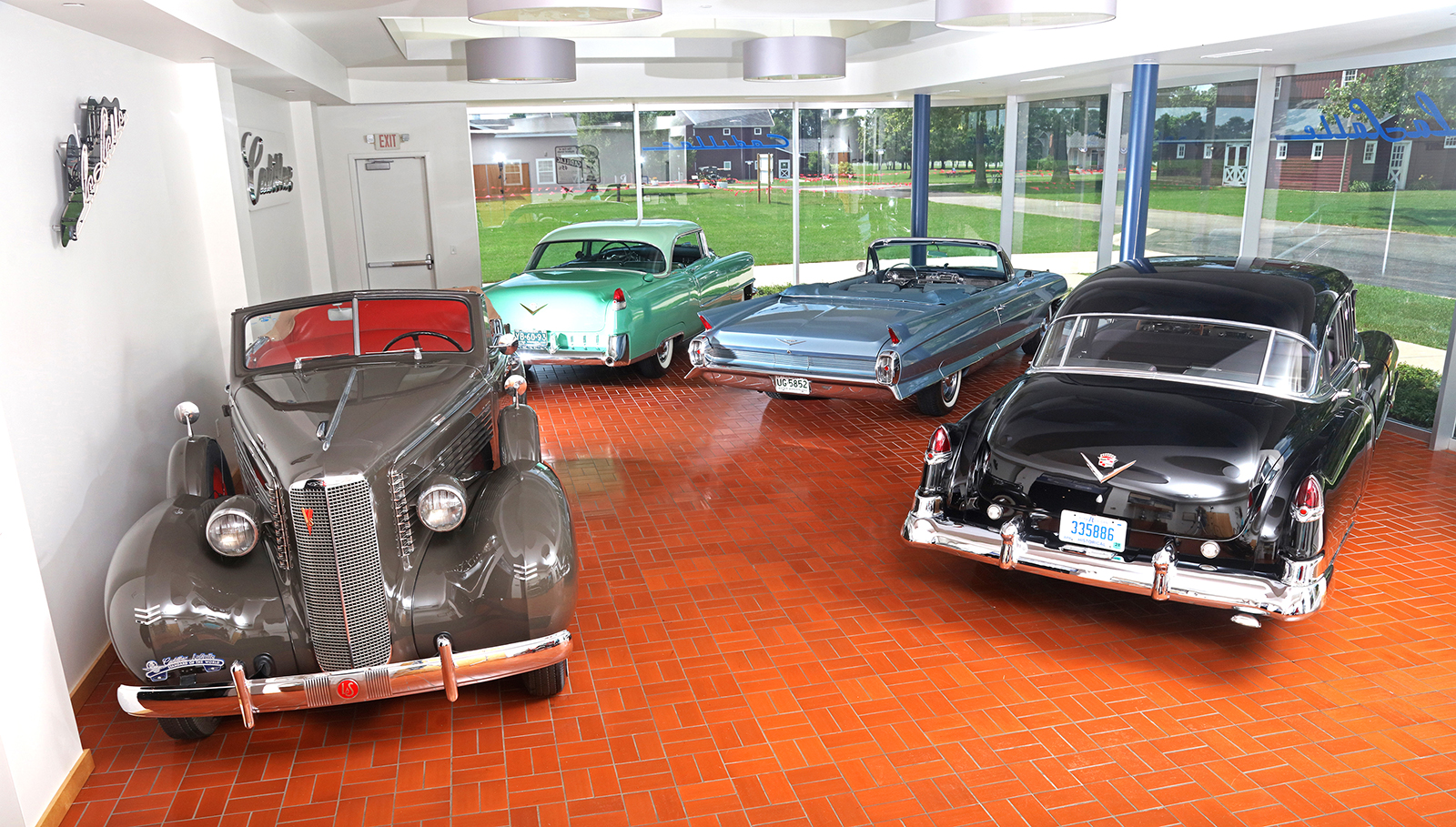 The Cadillac LaSalle Club Museum & Research Center, Inc. (CLCMRC) is a Michigan corporation, which is separate from, although related to, the Cadillac & LaSalle Club (CLC). The CLCMRC is a charitable and educational organization under Internal Revenue Code section 501(c)(3).

MISSION: To celebrate, preserve and showcase the rich heritage of Cadillac.

VISION: To present to the public the pre-eminent collection of Cadillac vehicles, memorabilia and technical & historical information.

The CLCMRC operates a Museum located on the Gilmore Car Museum campus in Hickory Corners, Michigan and a Research Center in Dexter, Michigan.

Cadillac has set the standard for automotive excellence and innovation since 1902 when the owners of a failing Detroit car company persuaded Henry LeLand to reorganize the company and use his precision-designed and manufactured engine. From the revolutionary self-starter, the first high-volume V-8 engine, Synchro-Mesh transmission and V-16 to the Sixty Special, the Eldorado, the Escalade, and Lyriq, Cadillac carries on the tradition of innovation and quality established by Henry Leland.

The vision of the The Cadillac LaSalle Club Museum & Research Center (CLCMRC) is to present to the public the pre-eminent collection of Cadillac vehicles, memorabilia and technical & historical information. This collection demonstrates the impact these premier automobiles have had for more than a century. It provides an invaluable resource to researchers, historians, car enthusiasts and the public.

Integrate electronic technology to make its collection accessible throughout the world without the need to visit its facilities.

Incorporate its cars and artifacts into meaningful displays that provide context and historical significance of each to tell the Cadillac story.

Adopt practices to make its collection and resources known to the community beyond the Cadillac & LaSalle Club.

Help Cadillac acquaint new owners and others interested in its products with the brand’s rich heritage.

The Cadillac LaSalle Club Museum & Research Center, Inc. (CLCMRC) was founded in 1995 by several members of the Cadillac & LaSalle Club.  It was conceived as a place to preserve and share the history of Cadillac and LaSalle by showcasing outstanding examples of the marques as well as literature, memorabilia, photographs and reference materials regarding the marques.

Beginning in 1995, the CLCMRC collected cars, funds, and memorabilia. In 2010, it leased space at the Gilmore Car Museum in Hickory Corners, Michigan to display some of that collection.  On August 1, 2013, the board voted to construct its own museum on the Gilmore campus and on September 28, 2014 the Cadillac & LaSalle Museum opened to the public.

By choosing to partner with the Gilmore the CLCMRC is associated with one of the nation’s top automotive museums. There it joins the Classic Car Club of America, the Pierce-Arrow Foundation, the Franklin Foundation, the Model A Ford Foundation and the Lincoln Foundation each with unique museum buildings in addition to those buildings housing Gilmore’s collection on a rolling 90-acre site in pastoral western Michigan.