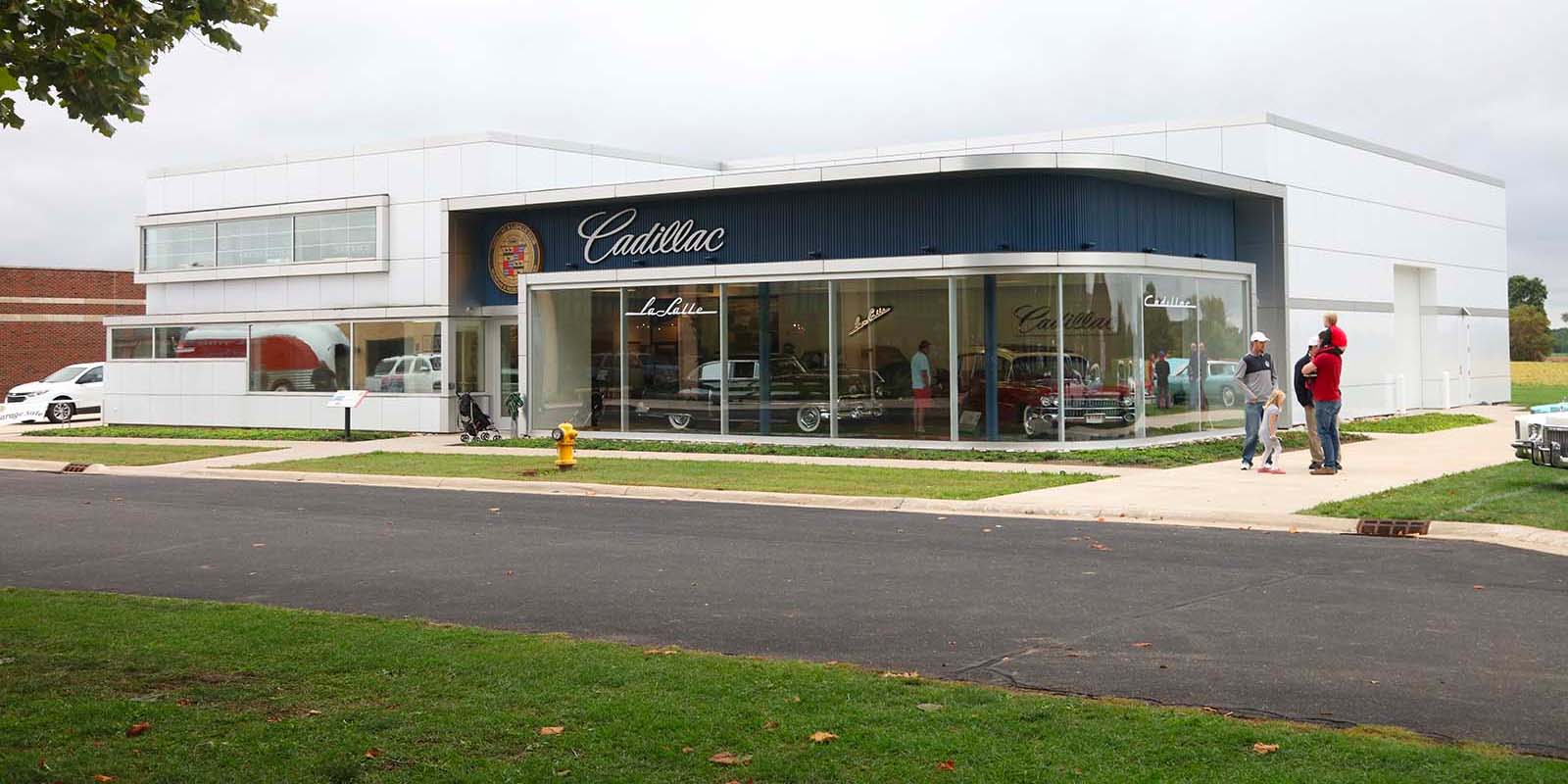 The Cadillac Museum represents a significant milestone for those Cadillac & LaSalle enthusiasts who organized the Cadillac LaSalle Club Museum & Research Center (CLCMRC) in 1995. But it took until 2014, nearly 20 years, to realize that dream.

Early planning considered a variety of alternatives, but it wasn’t until 2007 that site selection and building planning began in earnest. The first step evaluated partnering with an existing museum or building a stand-alone facility. This analysis proved that partnering was most cost-effective.

A 50-year partnership agreement was negotiated and executed with Gilmore in 2010 fixing the museum location on the Gilmore campus. While museum planning, design and construction progressed, the CLCMRC rented the Carriage Barn at Gilmore to display the cars and artifacts it had collected.

Selection of the building design was an iterative process conducted in partnership with Gilmore. The partners generally agreed that the building would resemble a Cadillac dealership.

Because Cadillac was an on-going marque, CLCMRC wanted a building appearing newer than the 1920s and 1930s vintage dealership buildings already existing and planned for the Gilmore campus. 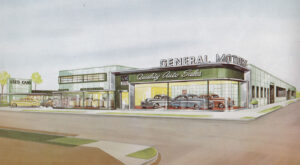 A book produced by General Motors in 1948, Planning Automobile Dealer Properties, offered the solution. It offered 16 different designs, each one created to serve a different market size and site configuration. The design selected from the GM book, Design No. 5, appealed to both partners and was located on a site like the Museum’s location on the Gilmore campus.

The design also resembled a building constructed for the Pemberton Cadillac dealership in Toledo, Ohio in 1949.

The Cadillac Museum exterior replicates the GM design, and the showroom is a close copy of the original design in most respects.

Areas originally intended for parts and offices are used for a small auditorium, storage, and a typical period car maintenance area. 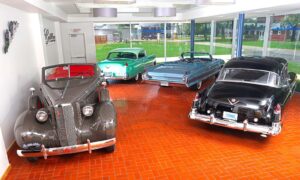 The area used in the GM design for car maintenance is used as the Museum’s main display area. Overall, the Museum building encompasses 10,000 square feet. It is a building that is worthy of the name, Cadillac.

The Museum’s collection of cars and artifacts continues to grow. Therefore, the Museum will be increased by an additional 14,000 square feet in the future. 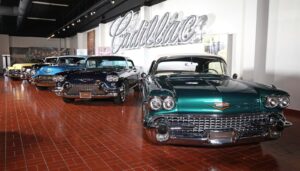 This addition will be accomplished by removing the wall at the back of the main display area and increasing the building depth. The outside of the addition will be finished with the same white metal panels used on the existing building.