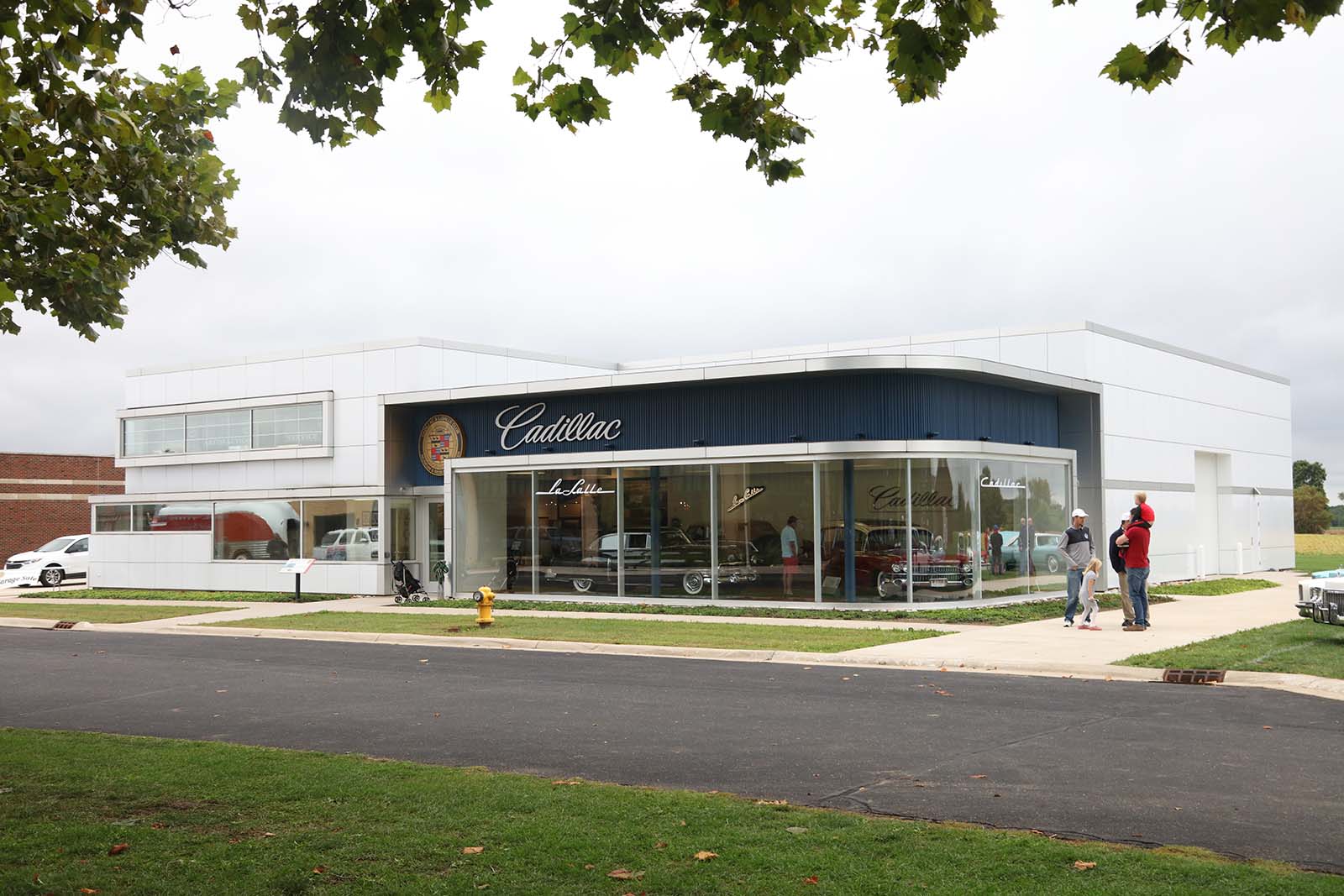 The Cadillac & LaSalle Museum is located on the campus of the Gilmore Car Museum in Hickory Corners, Michigan.

The Museum displays Cadillacs and LaSalles from 1903 to 2011 in a building that replicates a dealership building design recommended by GM in 1948. Special exhibits focus on significant Cadillac contributions to the automotive industry over more than 100 years. 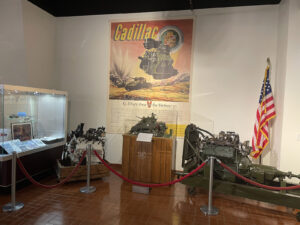 Once World War II began, many US industries switched to producing war materials. Cadillac started earlier in 1939 helping to improve the Allison V-1710 aircraft engine and then supplying many of its components. It also supplied drivetrains for other military applications. The Museum’s display focuses on the Stuart M-5 light tank and the driveline for it. The backdrop to this special display is an enlarged magazine ad published by Cadillac during the war years.

Cadillac produced five different versions of its flathead V-8 for military uses. The series 1G flathead complete with the Hydramatic transmission as used in the Stuart M-5 tank is positioned to the right of the special display case. Two of these engines, a right-hand and a left-hand version, complete with their own transmissions powered the tanks.

Emilo “Rico” Diaz donated a special display case he constructed featuring 1:6 scale models of the Stuart tank, a motorcycle and European Theater of Operations figures that highlights the display. The models are the work of famed model maker Roy Sutherland and manufactured by 21st Century Toys.

On the left of the Stuart tank display is a New Old Stock replacement of the series 4G engine, on its original shipping crate, used in the LVT-3 (Landing Vehicle Tracked) Bushmaster armored personnel carrier. The LVT-3 vehicles were intended as cargo carriers used in amphibious landings by the US and its allies. They evolved into assault troop and fire support vehicles and were known by various names – “amtrak”, “amtrac”, “alligator”, “gator” and others. All 4G engines were painted white.  Both engines are on loan from the collection of Sue and Ed Pashukevich. 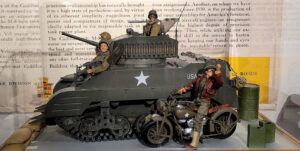 In the display case to the left is a collection of other Cadillac-related military artifacts including, among others, the WWII “E” award presented to Cadillac, photos and booklets on the M5 Stuart & M24 Chaffee Series tanks, a model of the M41 Walker Bulldog tank produced by Cadillac in Cleveland in the 1950s, and a model of the Lockheed P38 Lightning that was powered by a pair of Allison 1710 engines and is the alleged inspiration for the Cadillac fins.