The 1906 Model K continued refinement of Cadillac’s one-cylinder 98.2 CID engine producing 10 HP. The spark control was mounted on the steering column for the first time.  It delivered power via a planetary transmission with 2 speeds forward and 1 in reverse with a disc clutch and chain drive to a spur gear differential. The chassis had a 74-inch wheelbase and 110-inch overall length. The straight side Dunlop 28 x 3 tires were mounted on 22-inch wood spoke wheels.

This car shows the patina resulting from its 115 years of regular operation and maintenance since its purchase. It has been owned by the same family since purchased new by Beatrice Wynhoff on May 8, 1906, from C. J. Bronson Automobile Company, 42. Kent Street, Grand Rapids, Michigan for $800. The purchase price included the base price of $750 plus $50.00 for the optional full leather top, optional bulb horn, and the Cadillac accessory “diaper” to keep oil off the ground.

Fred Sherk, Ms. Beaton’s son, and Mr. Robell’s grandfather, drove the car from South Haven, Michigan to Detroit, a distance of 378 miles, to participate in a parade along Woodward Avenue in Detroit celebrating the 50th Anniversary of the Automobile in 1946.  Fifty years later, Mr. Robell and the 1906 Cadillac participated in the Old Car Festival at Greenfield Village in Dearborn celebrating the 100th Anniversary of the automobile. The Robells’ donation also included all the earliest license discs issued following its purchase and all subsequent license plates – all with the number 3859, the first registration number along with numerous photos and related documents compiled over 115 years.

Driving the 1906. As written by Don Sherman and published on Hagerty’s website. 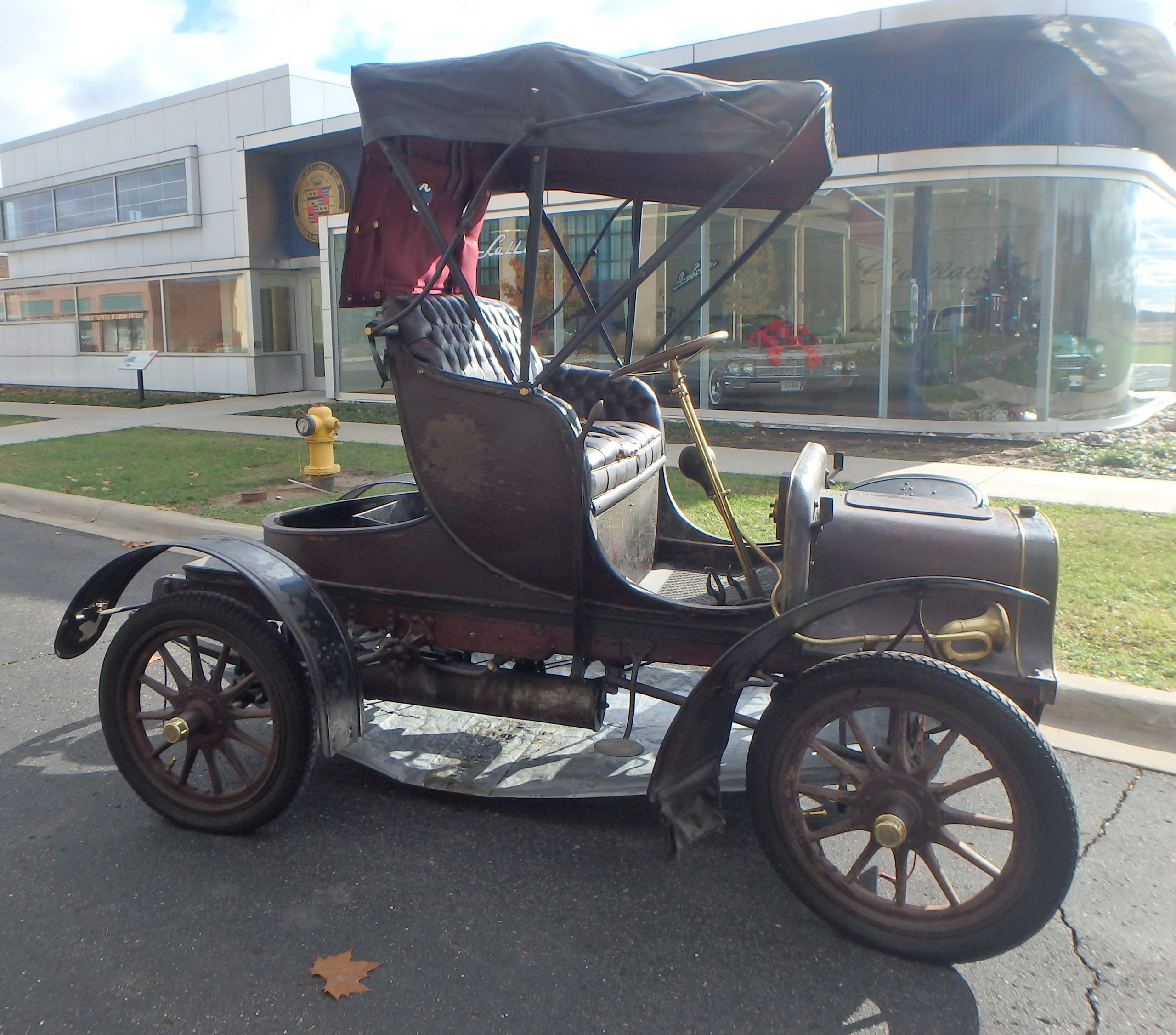