For 1931, Cadillac offered three engine series, the V-16, V-12 and its entry-level V-8, all with multiple body styles with coachwork by either Fisher or Fleetwood. This V-8 powered Cadillac is shown in its original colors of Chicle Drab on the body, Autumn Drab on the roof and window reveals, and black fenders and running gear.  It was a very early 1931 model, shipped from the factory on September 30, 1930, to Washington Cadillac in Washington, D.C.  It may have been a showroom car, part of Cadillac’s effort to market its cars to women. It was purchased in a disassembled state in 1982 and restored to its original condition over the next 13 years by Paul Ayres.  This involved a great deal of research into authenticity and resulted in a car which has been used as a reference by others working on similar 1931 V-8 Cadillacs. It is equipped with the innovative vacuum powered Trico Visionall windshield wipers. These sweep from side-to-side, separate the passenger blade from the driver blade, then park together at the left windshield post.  The car was driven on tours and shown in the nation’s most prestigious concurs from 1995 to 2005, then donated to the Cadillac LaSalle Club Museum & Research Center 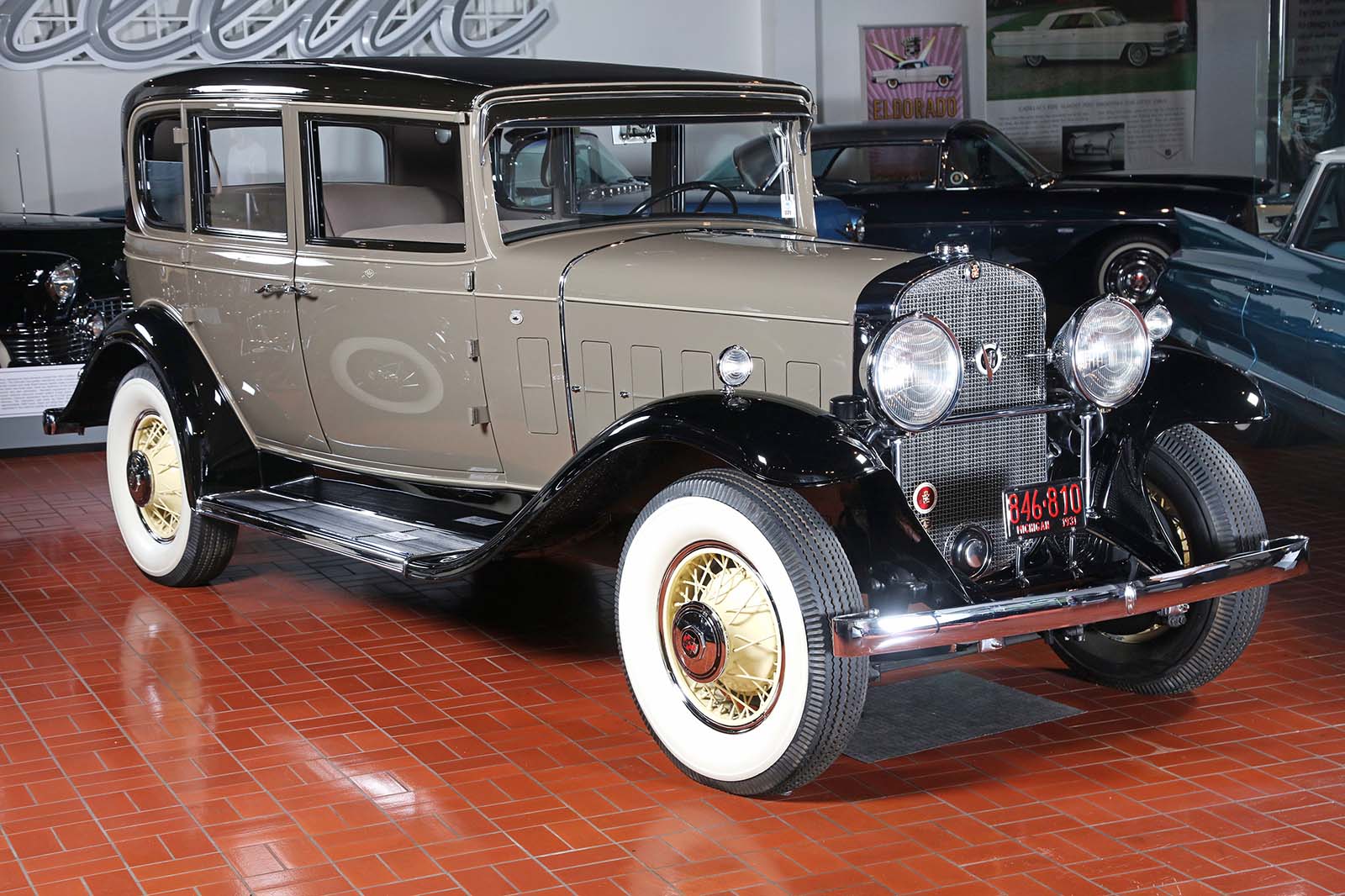