1933 was a year of transition for Cadillac from the classic styling of the 1931-32 cars and streamlining of 1934 and later models. The grille was V-shaped and blended into the painted radiator shell. Six horizontal doors replaced vertical ones and both front and rear fenders were skirted.  The V-12 cars were built with either Fisher or the upscale Fleetwood bodies. A total of 953 V-12s were built in 1933 and just three Fleetwood bodied V-12 “Victoria” styled Five Passenger Convertibles.

This car was delivered in New York, but early in its life, found its way to California. It stayed there until 1955, when it went to Oregon where it was used to tow farm equipment. There, Cadillac & LaSalle Club (CLC) member Bob Hoffman found it and returned it to California where it was severely damaged in a building fire. Craig Whitney purchased the remains of the car and completed restoration of the engine, running gear and body before he passed away. It was then that CLC Past President Carl Steig purchased it and continued the restoration, but he too died before finishing the restoration. After Carl’s death, his wife Ann Marie donated the car to the Museum, and CLC member Ted Raines completed the restoration. 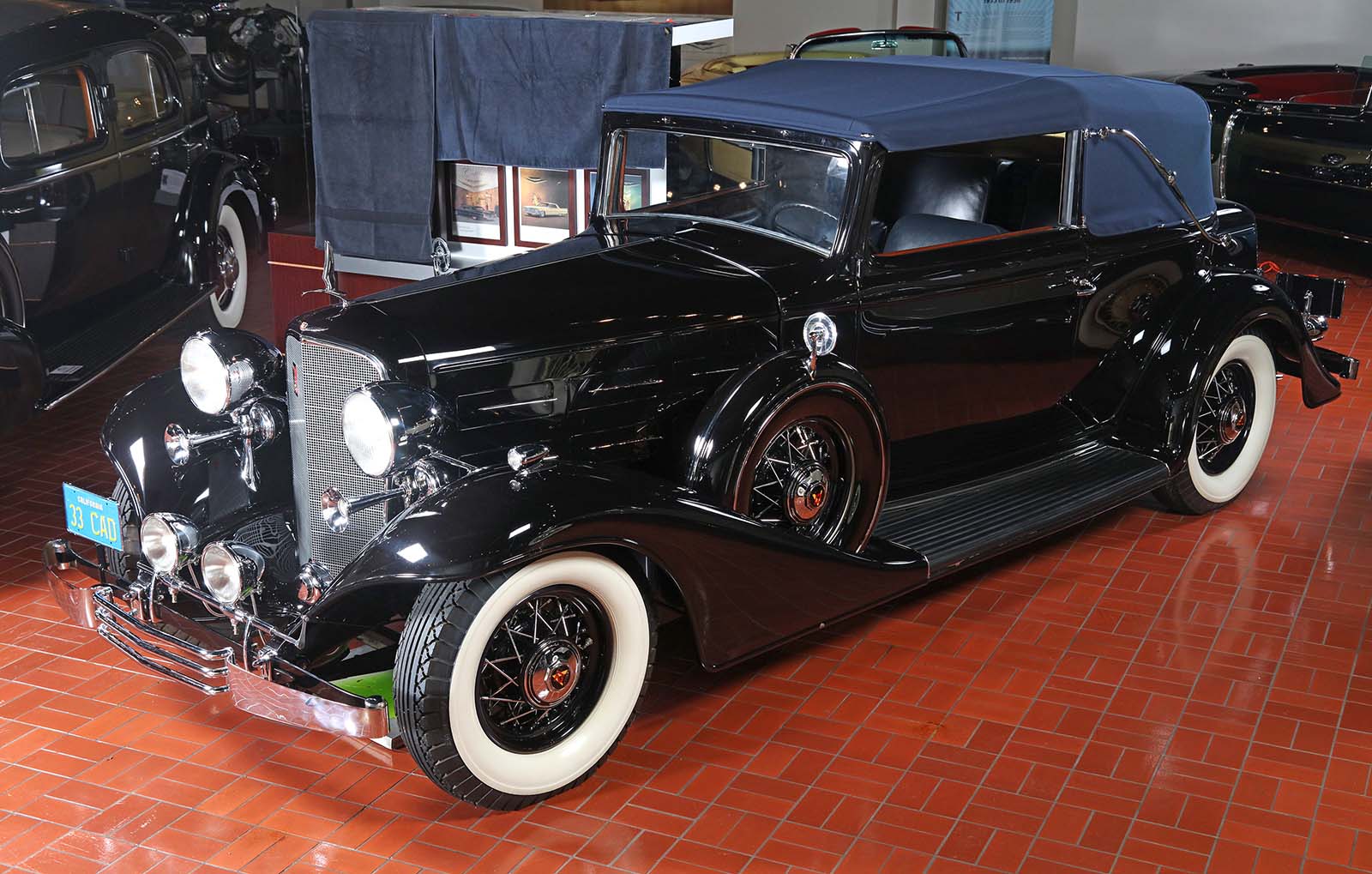