By 1935, the Great Depression was in full swing and Cadillac, like many luxury makes, saw a steep decline in sales. Unlike some of its competitors, the Cadillac division survived for three reasons. First, as a division of General Motors, Cadillac had the ability to share parts and profits made by other divisions, Second, Nicholas Dreystadt came on as general manager in 1934, improving the financial situation by cutting costs and expanding the company’s clientele. Finally, Cadillac used its situation as motivation to innovate and improve its vehicles, specifically when it came to passenger comfort.

This V-12 Cadillac Series 5775 from 1935 came equipped with many of these improvements. “Knee-Action” independent front suspension relocated the engine and increased the passenger compartment. This also made for a smoother, more stable ride. An exterior designed by Harley Earl and built by Fleetwood complemented this comfort with a fluid and handsome appearance. Cadillac advertisements at this time emphasized the luxury of its rear seating and increased passenger relaxation as a result of these innovations. 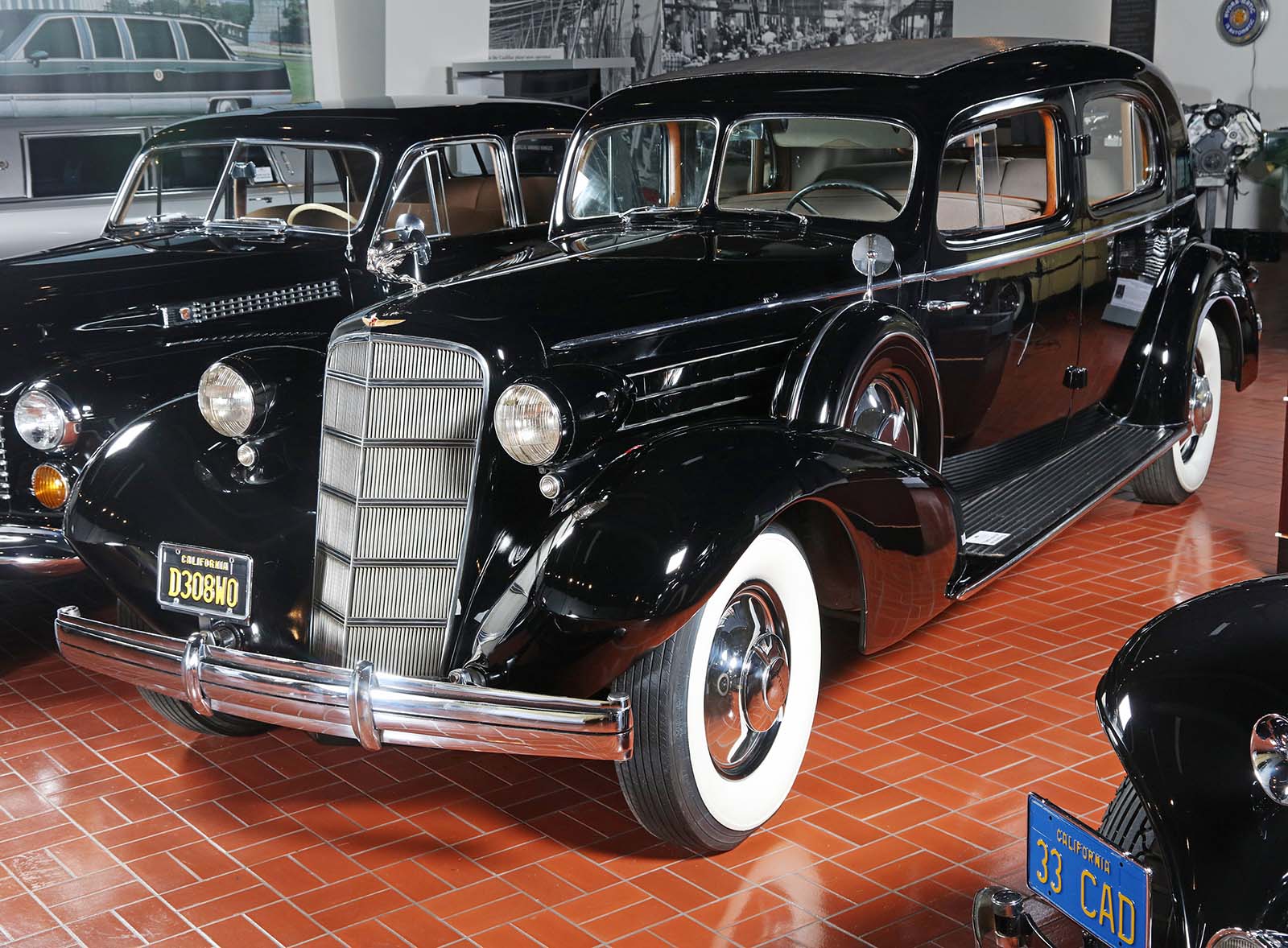