Cadillac had replaced the existing 346 cu. in. Monobloc V-8 with their new 160 horsepower, overhead valve 331 cu. in. V-8, in 1949. The 1950 Cadillacs featured extensive styling changes. The cars looked heavier and had low, sleek contours with longer rear decks. The hood protruded further out at the front and was underlined by a massive egg crate grille. One-piece windshields were introduced, and the leading edge of the rear fenders was high-lighted by chrome imitation air slots.

The Series 62, a step-up from the shorter Series 61, has slightly richer interior appointments and chrome trim running the full length of the body at the bottom. A distinctive feature of all Cadillac cars was the neat combination rear tail and directional signal lamps. The left unit also serves to conceal the gasoline tank filler cap. 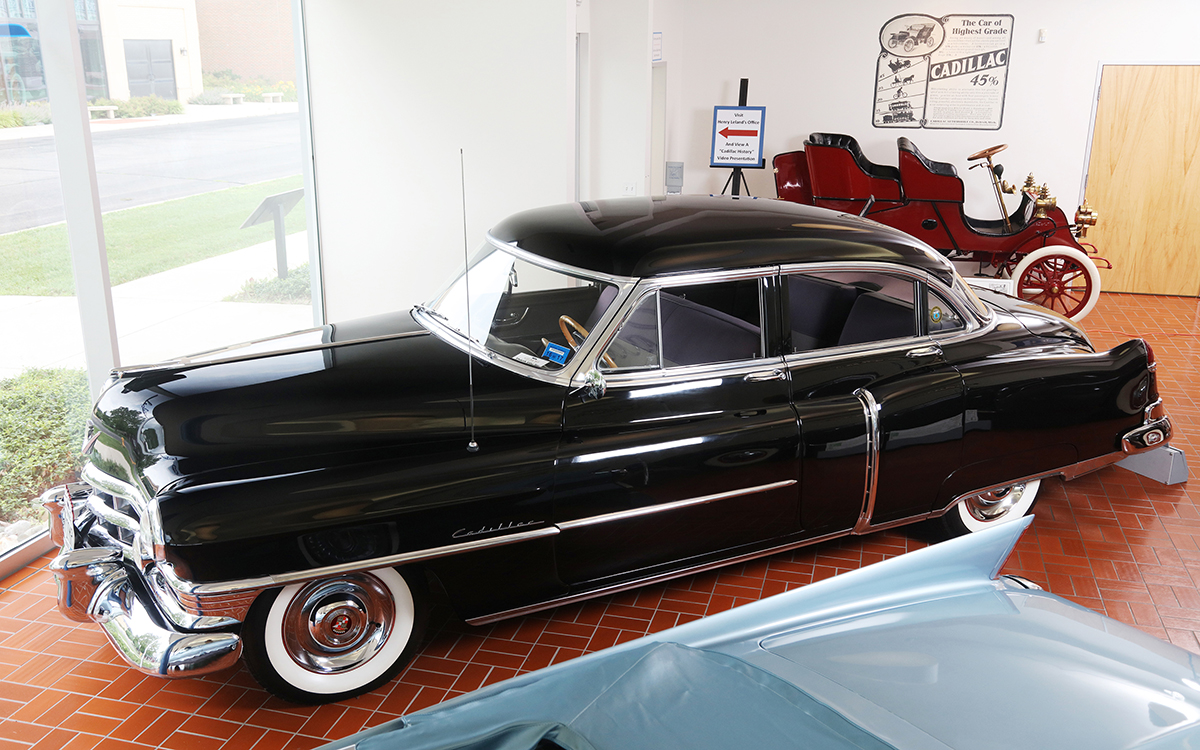