The 1961 Cadillac was completely redesigned from the fabled fins of 1959 and 1960. While tailfins were still very much a part of Cadillac styling, they were shorter and much more muted in effect, but lower fins, called “Skegs,” were added. Also gone was the full wrap-around windshield, replaced with the slanted pillar look of this car. Sedans for 1961 were available in three versions, the 4-window “Flat-Top” version seen here, a 6-window slanted backlight (rear window) version, and a “Short Deck” sedan, on the same wheelbase as the other sedans, but with a shorter trunk. 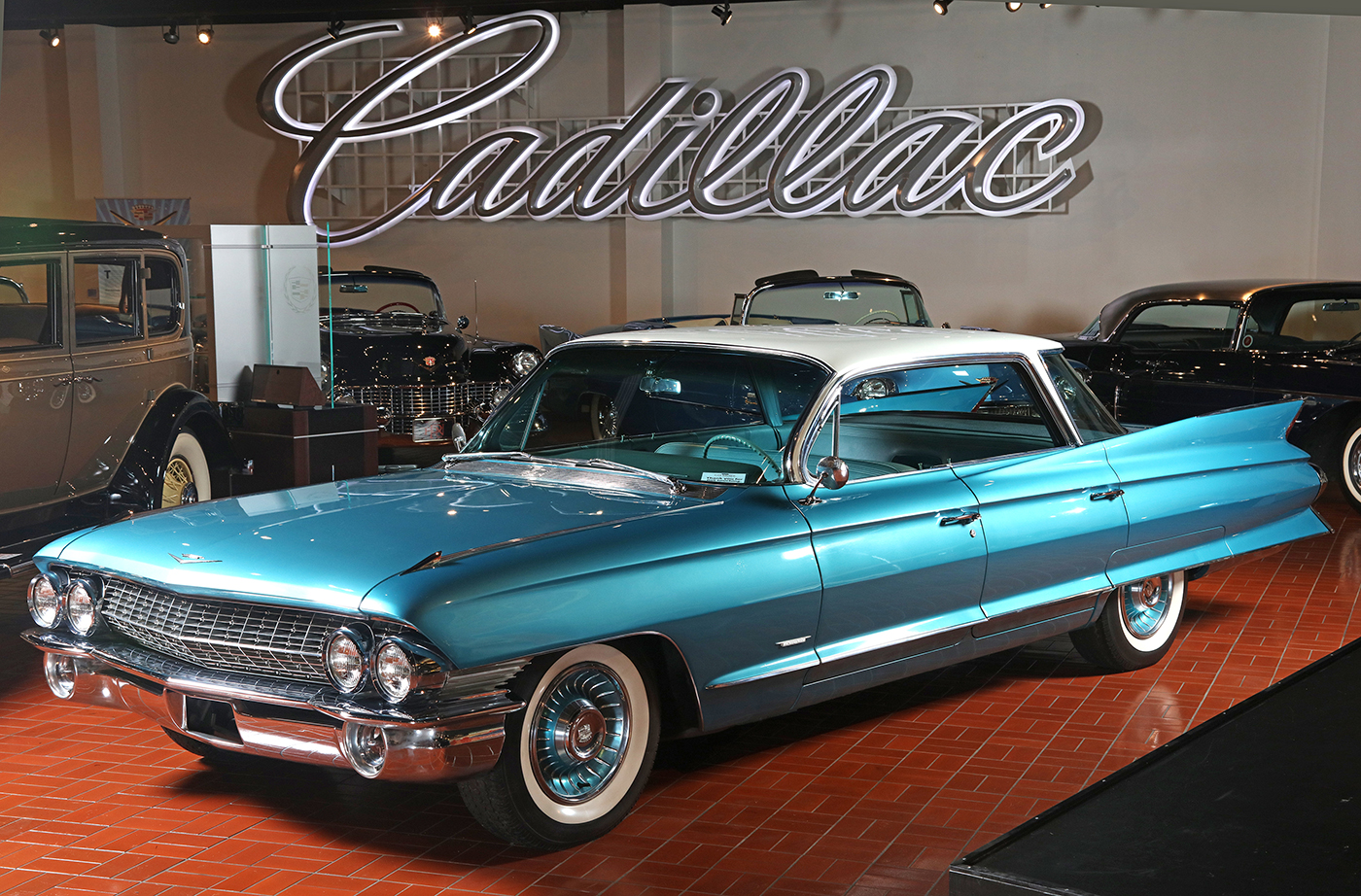