The 1970 Eldorado was the fourth year of the Eighth generation Eldorados introduced in 1967. This generation was a completely new front-wheel-drive six-passenger coupe. It was the first car to combine front-wheel-drive, variable ratio power steering, torsion bar front suspension, and automatic level control. An improved fresh-air system eliminated the need for front ventipanes.

A radically different design featuring a long hood and short deck was the brand’s first entry to capitalize on the then burgeoning personal luxury car market. The distinctive body was defined by sharp corners and creased sides with a rear inspired by the GM-X Stiletto concept car. It was the only production Cadillac to be equipped with concealed headlights behind vacuum operated doors. The totally new car caught everyone’s imagination and Automobile Quarterly awarded it the 1967 Design and Engineering Excellence Award.

In 1970, the Eldorado featured the new Cadillac 500 cubic inch V8 (8.2L) engine, Cadillac’s largest-ever regular production V8. It would remain exclusive to the Eldorado until it became the standard engine in all full-size Cadillacs for the 1975-76 model years. A power sunroof was a newly available option. Styling changes for 1970 included a longer hood, a new grille with an ‘8.2 Litre’ badge and new taillamp bezels with thin lenses. The headlights were exposed as in 1969. 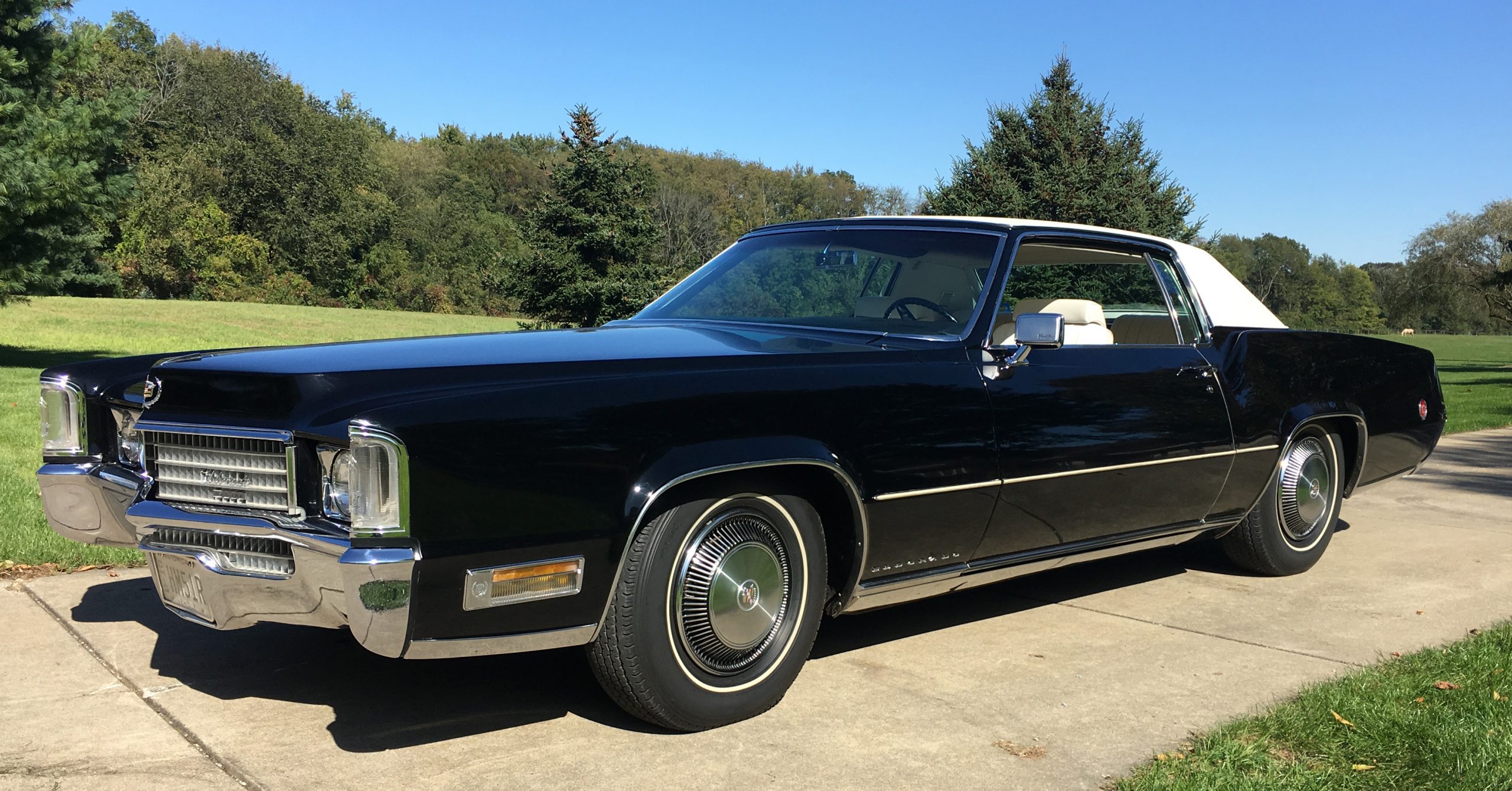