1976 were intended to be the last year Cadillac offered convertibles and 14,000 Fleetwood Eldorado Convertibles were produced. The last 200 of those convertibles were identical and named “Bicentennial Cadillacs” to commemorate the end of convertibles. All 200 were white with white top, white wheel covers, and white leather upholstery with red piping, dash and carpeting. A dash plaque confirmed the fact that it was one of the last. The 1976 Eldorados offered a few refinements to the 1975 major restyling of the design launched in 1971. The car was well-equipped with comfort and convenience features and many options were offered. 1976 was the last year for the 500 cubic inch V-8 engine which was the largest ever offered by Cadillac.

This car was purchased new by Harvey Duthler, founder of Harvey Cadillacs in Grand Rapids, Michigan and father of the donor, to add to his collection. Harvey Duthler was a longtime supporter of the Cadillac & LaSalle Club and major donor to the Cadillac Museum. 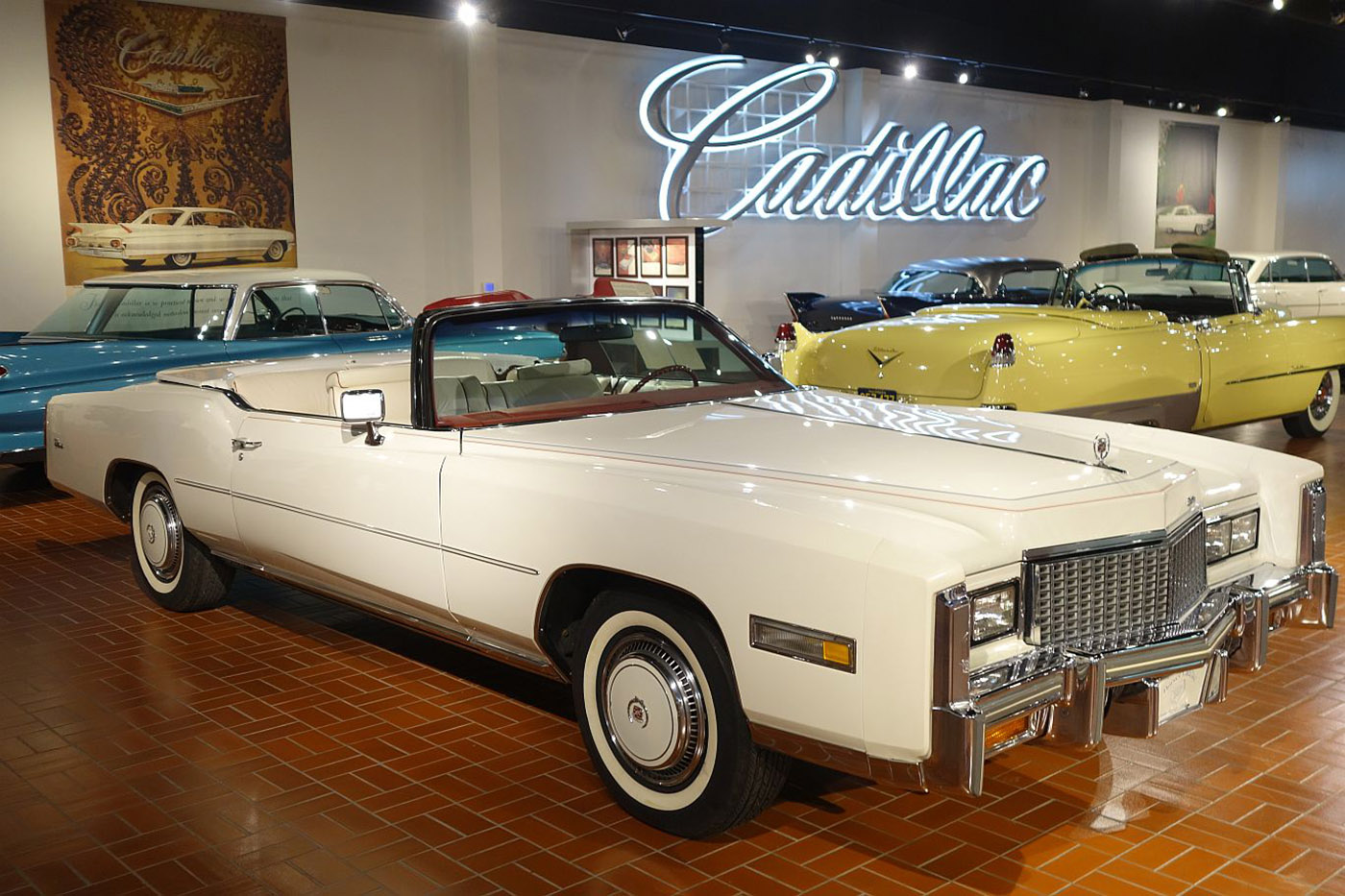