The Allanté was Cadillac’s two-seat roadster produced between 1987 and 1993 and came with both a cloth convertible top and a removable aluminum hard top. It could be said that the Allanté had one of the world’s longest production lines at nearly 9,000 miles. Parts were first shipped from Detroit to Italy, where they joined bodies produced by Pininfarina of Turin, Italy. Then, 56 body assemblies at a time were loaded onto specially configured Boeing 747s and flown back to Cadillac’s Detroit Hamtramck assembly plant, where they were finally mated with the Allanté engine and drive train. The 1993 Allanté introduced Northstar V-8 which provided more performance and no longer offered the removable hardtop.

The 1993 Cadillac Allanté was chosen as the Pace Car for the 1992 famed Indianapolis 500 race with Bobby Unser, three-time Indy winner, behind the wheel. A total of 30 special Allanté Indy Pace Cars were provided for race drivers and crews to drive in the opening parade. Ironically, the race was won by Bobby Unser’s nephew, Al Unser Jr., while Bobby’s brother, Al Unser Sr., came in third. This car is one of those special Allantés and is signed by Al Unser Jr. 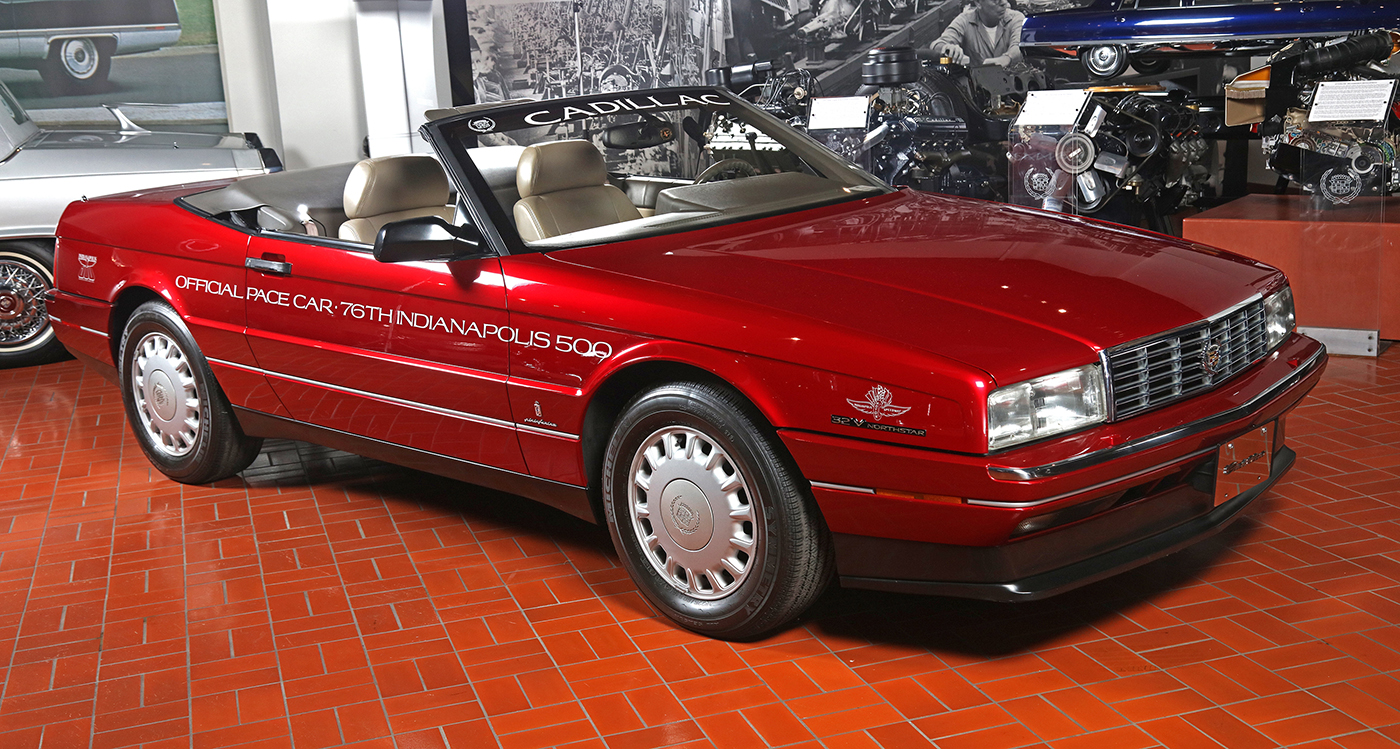